BRESLIN was formed in 1999 as a private equity investment group for Life Sciences, mandated by Dresdner-Allianz Group, a German bank and insurance leader. Together with a team of specialists, BRESLIN sourced, managed, and successfully exited a Biotech portfolio that was syndicated with Deutsche Bank and Commerzbank. In 2004, BRESLIN became a European pioneer in the execution of private equity secondary transactions. Since 2005, BRESLIN has been providing financial and corporate development services to the Life Sciences industry.

Culture and Code of Conduct

BRESLIN’s reputation is anchored on its committed and experienced professionals who independently and confidentially support and develop the goals of their clients and the targeted industries. Its code of conduct is guided by the principle of business integrity and the core values of social and legal behavior. 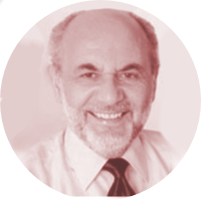 David founded and managed BRESLIN BIOTECH AG, a Swiss based Life Sciences Venture Capital company, in partnership with DRESDNER-ALLIANZ. He further held six board seats with GPC, 4SC, among others, acted as an advisor and investor for DEUTSCHE BANK and COMMERZBANK, and realized two IPOs.

David co-founded and led Switzerland-based ANAWA LABORATORIES which served the pharmaceutical and biotechnology industry. ANAWA was established as a contract research business with 60 employees in Switzerland and Germany and which was sold to MDS PHARMA SERVICES.

David holds a PhD in Biochemistry from the Federal Institute of Technology (ETH), Zurich, Switzerland. For his PhD title he carried out research on “Drug Induced Lipidosis”. David has held several post-doctoral teachings and research positions at ETH and University of Zurich. 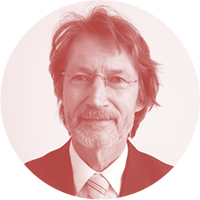 In addition to his activities at BRESLIN, he has run his own consulting business since 2013.

From 2005 to 2012, he worked for Bayer AG as CEO of Bayer Innovation GmbH and Bayer Innovation Ventures GmbH. He held various supervisory and scientific advisory board seats with Bayer Pharma AG, Bayer CropScience AG, Fraunhofer ISC (ongoing) and with various start-ups.

From 2000 until 2005, he was Head of Research of Bayer CropScience AG and, in 2005, he was assigned to the International Food Policy Research Institute, Washington DC, USA.

Between 1985 and 1999, Detlef served in various positions at Bayer Divisions in Research, Manufacturing, as well as in Marketing, including the position of Department Head Biotechnology/Molecular Target Research at Bayer Agro from 1998 to 1999.

Detlef holds a Diploma and a PhD in Organic Chemistry from the Ruhr University Bochum and he holds more than 30 patents. He served as an honorary lecturer at the University of Düsseldorf, Germany for more than 10 years. 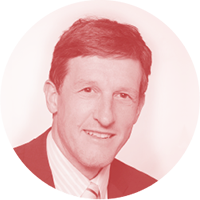 Klaus Berding
Klaus Berding has more than 25 years’ work experience in banking and consulting, mainly focusing on the Life Sciences and Technology sectors.

In 2003, he started his own corporate finance and consulting business LSFA-Life Science & Financing, and he has been part of BRESLIN’s operating team since 2005. He is a co-founder of Amypopharma in Italy, a spin-off from UNIMIB, and he serves as a member of its board. For more than 10 years, Klaus has been active as a coach and expert reviewer for European VC events, organized by TechTour.

He before worked at Dresdner Kleinwort, starting in Equity Research and thereafter moving to Corporate Finance. As SVP and Director in the Industry Group Chemicals & Healthcare, he was responsible for managing member relations and had an active role in building the international equity business of the Bank. During this tenure, he was instrumental in setting up a joint collaboration with an Israeli Investment bank to develop its IPO business and corporate finance activities. He participated in or led over 40 IPOs and capital market transactions and was involved in spin-offs and M&A mandates.

Klaus holds an MBA from Ruhr University Bochum and has a post-graduate degree from the DVFA (Association of German Investment Professionals).

He participated in the 1st European seminar on “Business Development Basics Life Sciences”, jointly organized by BIO Organization, E.B.D. Group (Event Organizer), and LES (Licensing Executives Society) in Frankfurt (2003), as well as in the Private Equity & Venture Capital Management Training in Barcelona in 2004, organized by EVCA. He is also a member of the House of Pharma, an association actively supporting the development of the Life Sciences’ sector in Germany’s Rhein-Main area. 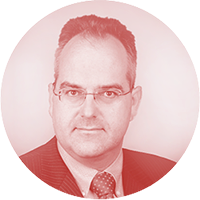 He bridges diverse industries like Financials with Life Sciences and Chemicals. Since 2010, when he became an associated partner to BRESLIN, he has actively scouted various business opportunities with well-known clients.

In 2002, he founded his financial research and service company, SCHNEE RESEARCH, focusing on areas like Industrial Chemistry and Biotechnology. Understanding the basic sciences, Martin is capable to put a 'value tag' on it. He provides services to AlphaValue (Paris, France), the largest European independent financial research company. Prior to that, he had worked as equity and credit analyst for Commerzbank, for research boutiques, and for a rating agency, covering European Biotech, Chemicals, Pharma, and Medtech companies.

Between 1998 and 2000, he was a co-founder and co-managing director of a consulting and project management company, headquartered in North-Rhine Westphalia and specialized in chemical and screening (HTS) fields.

Martin holds a Diploma and a PhD in Chemistry from the Goethe-University (Frankfurt, Germany) based on a biotechnological theme. As a postdoctoral fellow, he cooperated with a pharmaceutical company. Later he acquired qualification as a Certified Credit Analyst and was appointed DVFA Biotech Equity Analyst. He is a member of DVFA (Association of German Investment Professionals), as well as of GDCh (Association of German Chemists) and CLIB, an international open innovation cluster promoting industrial Biotech. Since 2016, he has been a non-executive director of a German Biotech company active in gene therapy.

Francis is a founder and executive of various Biotech and IT companies in the Bay area. He has been committed to Venture Capital for 10 years and has more than 20 years’ operating management experience in the BIO/IT industry. Francis has a PhD in Immunology and a Master in Chemistry.

Herve has more than 25 years’ experience in Life Sciences and Asset Management. He is the founder of numerous Biotech companies in Europe. As a Fund Manager of CDC Innovation, BB Medtech, among others, he was involved in private and public Life Sciences Equities. Herve is the founder of the well-known Biodata Conference in Geneva. He has a degree in medicine and an MBA from INSEAD.

Manfred had leading management positions for more than 25 years in prime Industrial Biotech and Speciality Chemical companies (i.e. Evonik, Degussa). He was chairman of CLIB 2021, the International Association of the Industrial Biotech Industry. In addition, he served the Burrill Nutraceutical Fund as a portfolio manager. Manfred holds a PhD in Molecular Genetics.

Romano has had a commanding track record of more than 25 years as a leading manager in the Medtech Industry. He has held the positions of CEO, Trifflo Medical; President, Medtronic AVE Europe; VP, Cardiovascular Group Baxter; and Managing Director, Danby Medical in the UK. Romano has a BA in Economics.

Over the last 20 years, Jakob has developed broadly based tools, systems, and methods for Orthodontic and Medtech applications. In addition, he has been involved in teaching and market communications for institutions and Dental/Medtech markets. Jakob has a PhD in Orthodontics.

Christoph is a respected in-depth specialist in Commercial and Investment Banking, including 5 years at DG Bank in Tokyo. He was involved in various capital market activities in South Korea and London and served on various boards of public holdings and Pharma logistic companies. Christoph is chairman of Krayenburg AG, Munich. He holds a Master in Economics.

Günther has more than 30 years’ experience in the pharmaceutical industry. He was Deputy CEO of Novartis Pharma Germany and CEO of Sandoz Germany. He is as a cofounder of several German Biotech start-ups, as well as a member of the executive board of the German Pharma Industry Organization (VFA, Verband Forschender Arzneimittelhersteller). Günther is also the founder and CEO of StratCON Management, a consulting firm for the Pharma Industry. He has a Masters Degree in Economics.

With over 30 years of professional IT engagement in communication devices, personal computers, data communications, and software, Karl is a dedicated expert in his field. He has held a number of leading management positions at global IT companies such as Siemens-Nixdorf, Siemens AG and Beta Systems Software. Karl holds a Diploma in Business Administration.